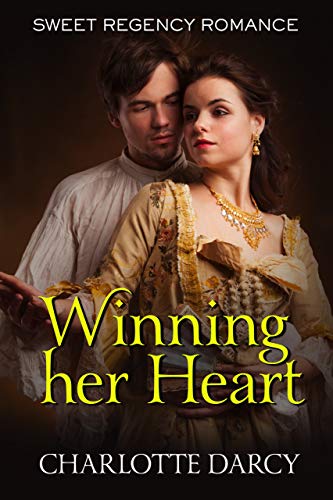 “Are you absolutely sure there is nothing I can do?” he asked again.
“Not unless you can speed up time and make me one-and-twenty, sir.”

Since her sister, Clara, fled and married Jane’s father has set his sight on marrying her to Francis Morley. Much to the Jane’s despair.

Jane resigns herself to her fate. As a young woman, what else could she do?

As their marriage nears, she makes the unexpected acquaintance of Francis’ attorney. The man, Nathan Dorchester, eventually puzzles out Jane’s fate and takes it upon himself to muster up a daring escape plan for her. Falling head over heels in love with her, helps too.

After weeks of careful planning, the escape goes off without a hitch and Jane is spirited away to Brighton, where she enjoys a brief period of calm.

Meanwhile, her father and Francis steadily apply pressure to her relationships back home, and eventually puzzle out where she might have gone, only for Nathan to learn that their plans are in jeopardy.

Can Nathan and Jane find their happy ever after or will it be thwarted by an ambitious father’s wish to further his name?

Find out in Where the Heart Belongs a sweet regency romance by no 1 bestselling author Charlotte Darcy.

Look Inside
Disclosure of Material Connection: Some of the links in the page above are "affiliate links." This means if you click on the link and purchase the item, I will receive an affiliate commission. I am disclosing this in accordance with the Federal Trade Commission's 16 CFR, Part 255: "Guides Concerning the Use of Endorsements and Testimonials in Advertising."
← Where the Heart Belongs
The Only Woman →