Home > Books > The Only Woman 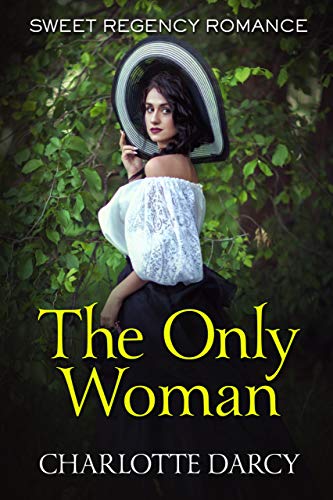 Clara and her sister Jane are the sole heiresses to their father’s Hall – something the man sees as a curse and regularly goes out of his way to remind the sisters. Jane, meek and well-behaved, accepts the reality of their life; while Clara struggles against the yoke.

As the sisters come of marrying age, their father turns his attention to trying to retain his power and status in Society. What he wants is to keep his holdings within his family line. Unfortunately for Clara, that means having her marry a despised cousin, Francis Morley.

She laments the marriage, praying for a savior, and it seems that her prayers are answered on the night of an event meant to announce her engagement. A mysterious man, Daniel Milford makes an unexpected proposal.

Uncertain, but desperate, Clara takes up his proposal for marriage and runs away from her father’s home. As Clara adjusts to her new life and good fortune, she starts to grow comfortable in the thought that she’s safe from Francis and her father. Yet, as she grows closer to Daniel, she uncovers secrets that shock her to the core. The news leaves Clara fearing for her sister’s life.

Can Clara and Jane escape their fate and find true love? Find out in The Only Woman a sweet regency romance by no 1 bestselling author Charlotte Darcy.

Look Inside
Disclosure of Material Connection: Some of the links in the page above are "affiliate links." This means if you click on the link and purchase the item, I will receive an affiliate commission. I am disclosing this in accordance with the Federal Trade Commission's 16 CFR, Part 255: "Guides Concerning the Use of Endorsements and Testimonials in Advertising."
← Winning Her Heart
On Equal Grounds →