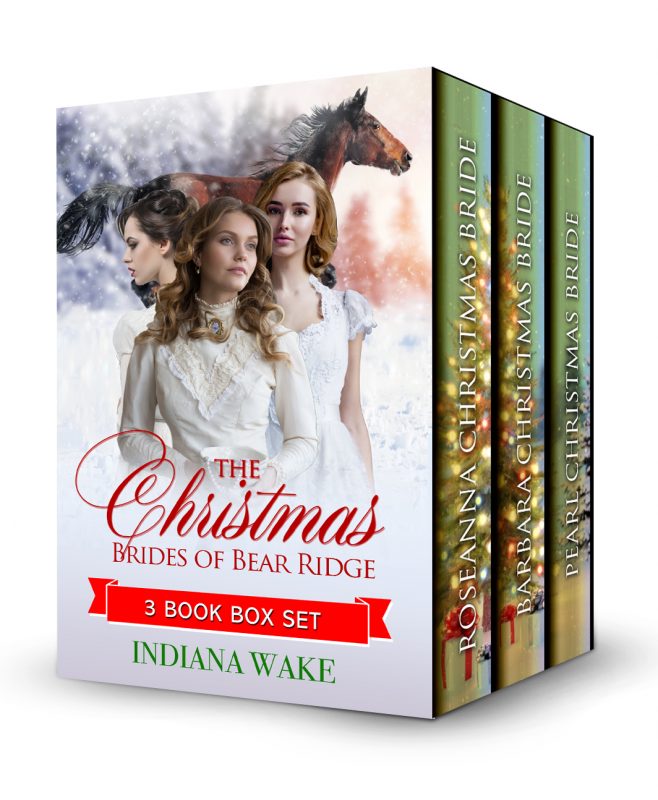 The sisters grew up in high society until their father passed away and they found out he had lost everything. Now, they’re left wondering if they will survive.

Roseanna finds hope in a letter from Kasper Gillespie. Kasper’s sincere words give her hope for a future for her and her sisters. With no other solutions in sight, Rosanna and her sisters travel west to Bear Ridge, Colorado.

Roseanna
A robbery on their journey releases them of their valuables. When they meet Kasper, Rosanna is certain that her soon-to-be husband and his friends are the ones who robbed them.

Saved by Pastor Mose Costello and Chayton Chee, what will become of the sisters?

Barbara
Widower Christian Young is fearful for Barbara and Pearl’s safety. Christian sends Barbara to stay with his sister and Pearl moves behind the town surgery to hide from the men still threatening them. Now that the women are safe, Christian is determined to find evidence to put the guilty men who robbed the ladies behind bars.
What secret is the sheriff hiding?

Pearl
Pearl Spring is tired of waiting for the third outlaw to find her and decides to take action. She knows the mayor’s son was among the men who stole her mother’s pendant and she’s going to find it even if she has to break and enter to do it.

Pastor Mose Costello has grown fond of Pearl and doesn’t want to see anything happen to her. He’s certain she’s going to do something reckless so he convinces her to let him find evidence to put the guilty away.

The evidence is almost within reach when the culprit kidnaps Pearl with plans to force her into marriage. Can Mose find Pearl before it’s too late?

Is it possible that the Young sisters may all find love in time for Christmas or will they spend the holidays mourning someone they love?

Look Inside
Disclosure of Material Connection: Some of the links in the page above are "affiliate links." This means if you click on the link and purchase the item, I will receive an affiliate commission. I am disclosing this in accordance with the Federal Trade Commission's 16 CFR, Part 255: "Guides Concerning the Use of Endorsements and Testimonials in Advertising."
← The Runaway Christmas Bride
A Christmas Bride for the Hidden Hero →