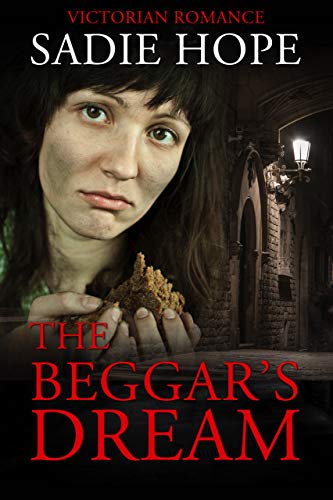 Her own shop, making beautiful dresses for fine ladies, was all that Abigail Patrick dreamed about.

Life was hard since her papa became ill. Having left the army with only one leg, he had done well to bring up a daughter alone, but things were getting worse. Her job as a seamstress helped put food on the table, but papa’s health was failing, and forces were working against her.

Abigail would visit the local merchants, using the few pennies she had to buy food, and hoping to talk to her friend Miles. They would walk by the Thames and dream of a better life. She would own a dress shop, and he would be a solicitor. They would hold hands and talk the night away by the light of a fire. It was a wonderful place to escape.

Only Miles’s father is starting to give Abigail unwanted attention. When her own pa suggests a marriage between them Abigail flees from her home.

Alone, she finds London a hard and unforgiving place full of dangers she had never imagined.

Can she find her way back to happiness and is there any hope for the future she always dreamed?

Look Inside
Disclosure of Material Connection: Some of the links in the page above are "affiliate links." This means if you click on the link and purchase the item, I will receive an affiliate commission. I am disclosing this in accordance with the Federal Trade Commission's 16 CFR, Part 255: "Guides Concerning the Use of Endorsements and Testimonials in Advertising."
← The Surprised Bride
The Orphan’s Courage →