Home > Books > Listen to Your Heart 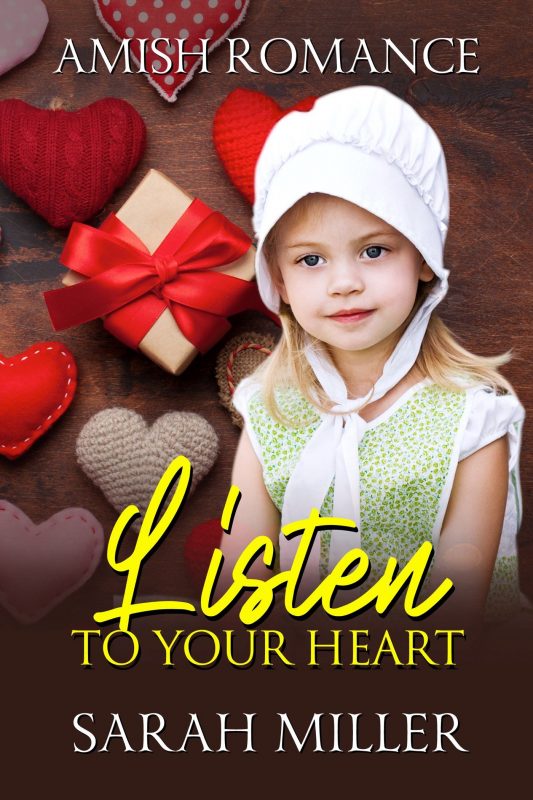 Ester King has always felt like a burden to her family, can Gott change her mind and bring her back to the person she was meant to be?

Esther King is twenty-four years old and still lives at home, blaming herself for something that happened in her youth. She believes, it made her undesirable as a fraa and a burden to her parents.

The Fisher family are longtime friends of Esther’s parents, and through them, Esther finds herself in an arranged marriage with their son, Peter. While both are willing to humor their parents to marry for the sake of duty, Peter gradually drifts from her.

Abandoned at the last minuite and a buggy accident means Esther falls into despair.

Samuel, Peter’s uncle understands and offers her a kindness she has never known. While she wrestles with her emotions and self-doubt, she realizes she has growing feelings for Samuel.

Will she be abandoned again or will Esther have the happy life she wants to believe she deserves? Find out in Listen to Your Heart a sweet Amish Romance from from bestselling author Sarah Miller.

Look Inside
Disclosure of Material Connection: Some of the links in the page above are "affiliate links." This means if you click on the link and purchase the item, I will receive an affiliate commission. I am disclosing this in accordance with the Federal Trade Commission's 16 CFR, Part 255: "Guides Concerning the Use of Endorsements and Testimonials in Advertising."
← Regency Romance: New Year’s Proposal
Brenda →