Home > Books > 2 Book Special Edition: No Love for the Duke & The Heart of the Duke 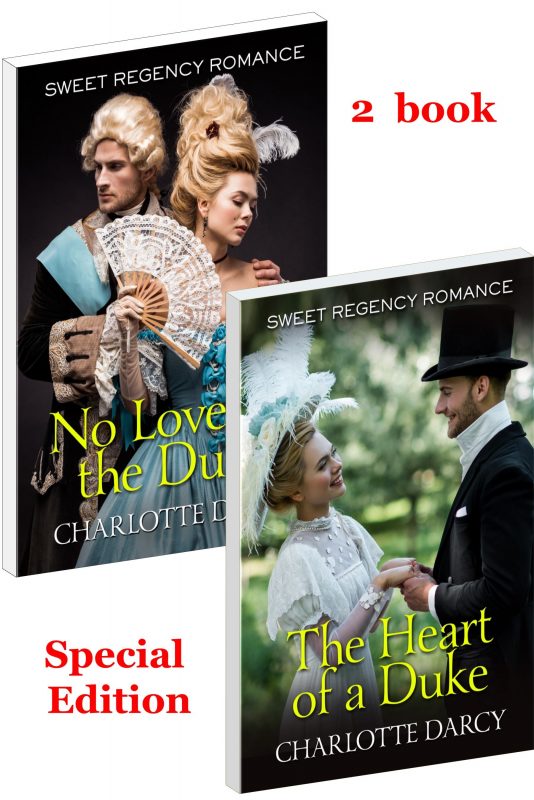 No Love for the Duke

Charlotte has had a difficult past year. Her father passed away, leaving herself and her mother alone their futures are uncertain.

No one thought much of Jamison, the poetry loving, titleless younger brother, until on a chance meeting Jamison and Charlotte make a surprising discovery.

The Heart of a Duke

Francis Yates has been slowly pulling himself together after his embarassement to his younger brother.

Seeing two individuals so in love has made him think long and hard on his own life. Amelia Winters the governess to his friend’s children has caught his eye and he decides that she is the one.

Much to his surprise, Amelia has heard of his reputation and she will not be just another conquest?

Look Inside
Disclosure of Material Connection: Some of the links in the page above are "affiliate links." This means if you click on the link and purchase the item, I will receive an affiliate commission. I am disclosing this in accordance with the Federal Trade Commission's 16 CFR, Part 255: "Guides Concerning the Use of Endorsements and Testimonials in Advertising."
← Veronica
Regency Romance: Rescued by the Earl →